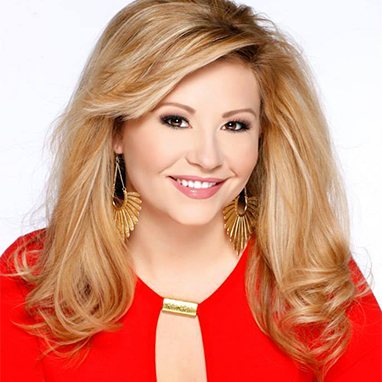 Brooke enjoyed a 20year healthcare career and had her own photography company for over 10 years, BMW Photography before she ventured into the cannabis industry. She is a first generation college graduate. She holds an Associates of Arts from Truckee Meadows Community College, and a Bachelor’s & Master’s Degree in Criminal Justice from the University of Nevada Reno. She has held 16 pageant titles, has received over 16 accolades & awards, and has been appointed by 2 Nevada Governors to serve on government boards in the State of Nevada. The Nevada Commission for Women. Role: Commissioner Member. Appointed by Governor Brian Sandoval. 2016-2019 (Termed Out).
Northern Disciplinary Board. Role: Laymember. Appointed by Governor Steve Sisolak. 2020 to current. Board of Examiners for Long Term Care Administrators. Role: Commission Member. Appointed by Governor Steve Sisolak. 2020 to current.

After the business plan of her cannabis testing lab was put together and accepted, she realized an expo for women in the cannabis industry was missing and needed. She began piecing it together in 2020. Her first expo that was due to be held in Sept of 2020 was moved to 2021. It was well received, that the Women in Cannabis Expo is hosting 4 expos in 2022. She also recently launched 2 e-commerce companies. Legally Blonde & Blunt focused on women accessories, apparel & jewelry in the cannabis industry and Neon Nite Apparel, focused on both men and women accessories, apparel & jewelry in the cannabis industry. She would still like to pursue her cannabis testing lab, but will wait until the State of Nevada re-opens licensing to re-assess the business plan at that time. In the mean time she has learned to pivot and let her entrepreneur spirit guide her on her cannabis industry path.

Brooke tried cannabis at the age of 18 but suffered a major panic attack. In August of 2020, Brooke came within 3 hours of loosing her life after she suffered from an bowel volvulus obstruction, requiring an emergency bowel resection surgery and removal of her iileocecal valve. She was hospitalized for over a week. At the end of 2020, she went into a dispensary not disclosing that she worked in the industry. She had lost mass amounts of weight postop and was struggling to keep food down. The budtender taught her about micro dosing and told her to stay away form the pineing terpenes to help avoid the panic feeling. She is also a Type 2 diabetic. She feel that cannabis has come into her life full circle and shares with people personally and professional that it is now something that is helping keep her alive as she struggles with significant vitamin deficiencies due to the bowel resection.

A single mom of two boys, when Brooke is not working on her business ventures, she likes doing things with her two sons Grant & Adam. her golden retriever, Sarah is deemed her company mascot and her phat cat Earl helps with all the extra cuddle time needed when at home away from work. She enjoys creating art, spending time at Lake Tahoe, watching comedies with her family and is dedicated to raising money and awareness for Alzheimer’s.

All sessions by Brooke M. Westlake

Panel Session: Why Pivoting is Critical in Cannabusiness