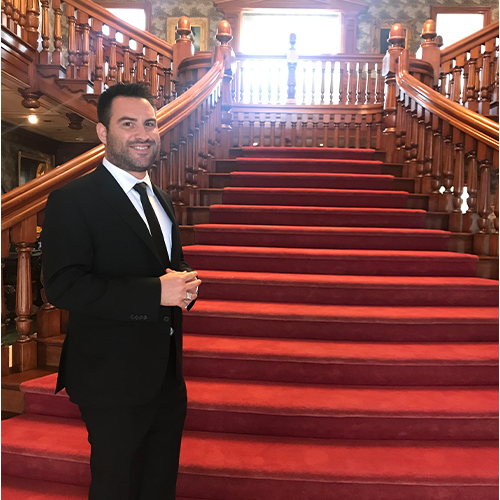 Jason Beck is one of the first medical marijuana dispensary operators in the United States dating back to 2001 when he opened his first dispensary in San Francisco. He is also the longest continuous operator in the US with his location in West Hollywood being the oldest dispensary in the State of California still under the same ownership. He brings a very unique level of expertise that only such experience can provide.

As the first dispensary operator in West Hollywood to be granted a permit to grow marijuana, Mr. Beck has been cultivating and producing award-winning marijuana and edible marijuana products since 2004, while supporting and promoting the businesses of numerous other growers and producers.

Born with cerebral palsy, Mr. Beck is in the unique position of being a patient, caregiver, business owner, cultivation specialist, advocate and advisor in the fields of medicinal use and adult/personal use of marijuana. A dynamic self-starter and team player, he also was on San Francisco’s Medical Cannabis Task Force under District Attorney Terence Hallinan as well as when now Senator Kamala Harris was a he District Attorney. This task force is where all of the legislation that San Francisco passed around regulating Cannabis. In West Hollywood he worked with the City in developing legislation that created a permitting process for Cannabis business in West Hollywood. In addition he recently became a finance chairman for Congressman Dana Rohrabacher. As well as a point person for Congressman Rohrabacher on Cannabis policy and legislation.

In addition he also works with “Can Do Foundation” candoclemency.com and “Freedom Grow” freedomgrow.org both of these organizations work on clemency and prison reform and has a seat on the Advisory Board of The American King Foundation theakf.org In addition he was the very first person to sell legal Cannabis on January 1st in the Coachella Valley and the very first legal Cannabis sale in LA County on January 2nd.

All sessions by Jason Beck