Natural vs. Synthetic CBD & Cannabinoids: Everything You Need To Know

Over the past decade, the cannabis- and hemp-derived compound cannabidiol (CBD) as well as other cannabinoids have taken center stage in the ongoing revolution of hemp. This is mostly due to the work of researchers, who through numerous independent studies have found evidence of various therapeutic properties in CBD. Today, both natural and synthetic CBD are commonly used around the world.

It’s worth noting that evidence of CBD’s potential health benefits recorded in scientific literature are from studies analyzing pharmaceutical-grade CBD, which is very different from the CBD products available to the public.

As of this writing, there is only one CBD oil approved by the FDA for prescription: a product called Epidiolex. Physicians are still generally hesitant to prescribe CBD, and usually recommend it as a supplementary form of home medication.

Over-the-counter CBD products used as supplements have drawn largely positive reviews and testimonials, with some consumers reporting little noticeable effect or change in their respective symptoms. This can likely be attributed to the sourcingof the CBD products they happened to purchase. In this post, we break down the differences between naturally-sourced CBD and synthetic CBD, as well as the drawbacks and dangers of using the latter.

Naturally-Sourced CBD: Where It Comes From & Why That’s a Good Thing

Aside from the work of medical researchers, there is an impressive amount of anecdotal evidence supporting the idea that naturally-sourced CBD products could reduce or improve the severity of symptoms related to a variety of conditions; from panic attacks to obsessive compulsive disorder.

Some independent studies even claim that naturally-sourced CBD could cause appreciable improvement in symptoms related to the early stages of dementia, such as mood swings, aggravation and disruption of circadian rhythms. This is due in large part to the fact that natural CBD comes from two plants chock-full of compounds: cannabis and hemp.

Medical cannabis is now legal in 33 states, and legal for recreational use by adults in 11 of them. The reason cannabis is still technically federally illegal is because of the psychoactivity of tetrahydrocannabinol, known popularly as THC. Known far and wide for its ability to produce a “high” during cannabis consumption, THC is considered an intoxicant that can affect one’s ability to focus, concentrate and even keep track of time.

CBD is the second primary compound in the cannabis plant, and possesses no psychoactive properties whatsoever. For this reason, hemp- and even cannabis-sourced CBD is legal in all 50 states. Cannabis-sourced CBD comes with the added benefit of giving manufacturers the option to produce full-spectrum CBD instead of isolated CBD.

Full-spectrum CBD is basically a CBD product with other cannabinoids intact in its formulation. Cannabinoids are defined as naturally-occurring compounds that interact with the endocannabinoid system. We know from S. Ben-Shabat and Rafael Mechoulam’s proposed Entourage Effect that CBD can function synergistically with cannabinoids and terpenoids to effectively amplify its positive effects as a whole.

With the passage of the Agriculture Improvement Act of 2018 — also known as the “Farm Bill” —  CBD can now also be sourced at scale from industrially grown hemp. While it contains considerably less cannabinoids and terpenoids compared to cannabis, hemp provides ample yields of quality CBD for use in the production of CBD isolates, concentrates, balms, oils and infused cosmetics.

With the skyrocketing popularity of the legal whole-plant cannabis industry, several companies have sought to simultaneously increase profits and reduce production time by creating synthetic CBD and cannabinoids. These are man-made chemicals typically synthesized with either fluoride or bromide, and designed to emulate the effects of naturally-sourced CBD and cannabinoids. They are then touted as “just as effective” with “no side effects.”

A key study by the Journal of Medical Phyto Research in Los Gatos, California analyzed the catabolic enzyme production of two control groups over 22 weeks; the first taking natural CBD and the second taking synthetic CBD. The second group showed dangerous levels of Alanine Amino Transferase (ALT) and Aspartate Amino Transferase (AST), two enzymes recruited to remove the synthetic CBD from their bodies. The study concluded that the human body is not equipped to properly catabolize synthetic cannabinoids.

In the summer of 2018, the FDA issued a statement warning of the “significant health risks of synthetic cannabinoid products” and linked their usage to “severe illnesses and even deaths” in several cases over the past few months in a number of states across America.

How are synthetic CBD & cannabinoids designed to be used?

Synthesized CBD and cannabinoids are meant to be sprayed on dried and shredded plant material, as with synthetic terpenes which are much less dangerous. While synthetic terpenes are simply manufactured for flavoring natural plant matter similarly to popular strains of cannabis, synthetic CBD is designed to mimic the effects of natural CBD — and that’s where potentially harmful chemicals such as bromide and fluoride come in.

Currently, synthesized CBD products are some of the most poorly regulated in the industry. It’s likely the resulting profit-centered manufacturing practices — along with efforts to make them indistinguishable from natural products via ambiguous labeling and advertising — have negatively impacted the overall public reception of CBD via product reviews and social media. Of course, news stories across the country detailing serious reactions, illnesses and deaths are equally (if not more) damaging.

Perhaps with increased regulation or product standardization, synthetic cannabinoids will one day be safe for human consumption. But regardless of the possibilities, it stands to reason that people looking to supplement or self-medicate with CBD for a better quality of life will likely be best served by seeking out naturally-sourced products, and not something synthesized in a lab. 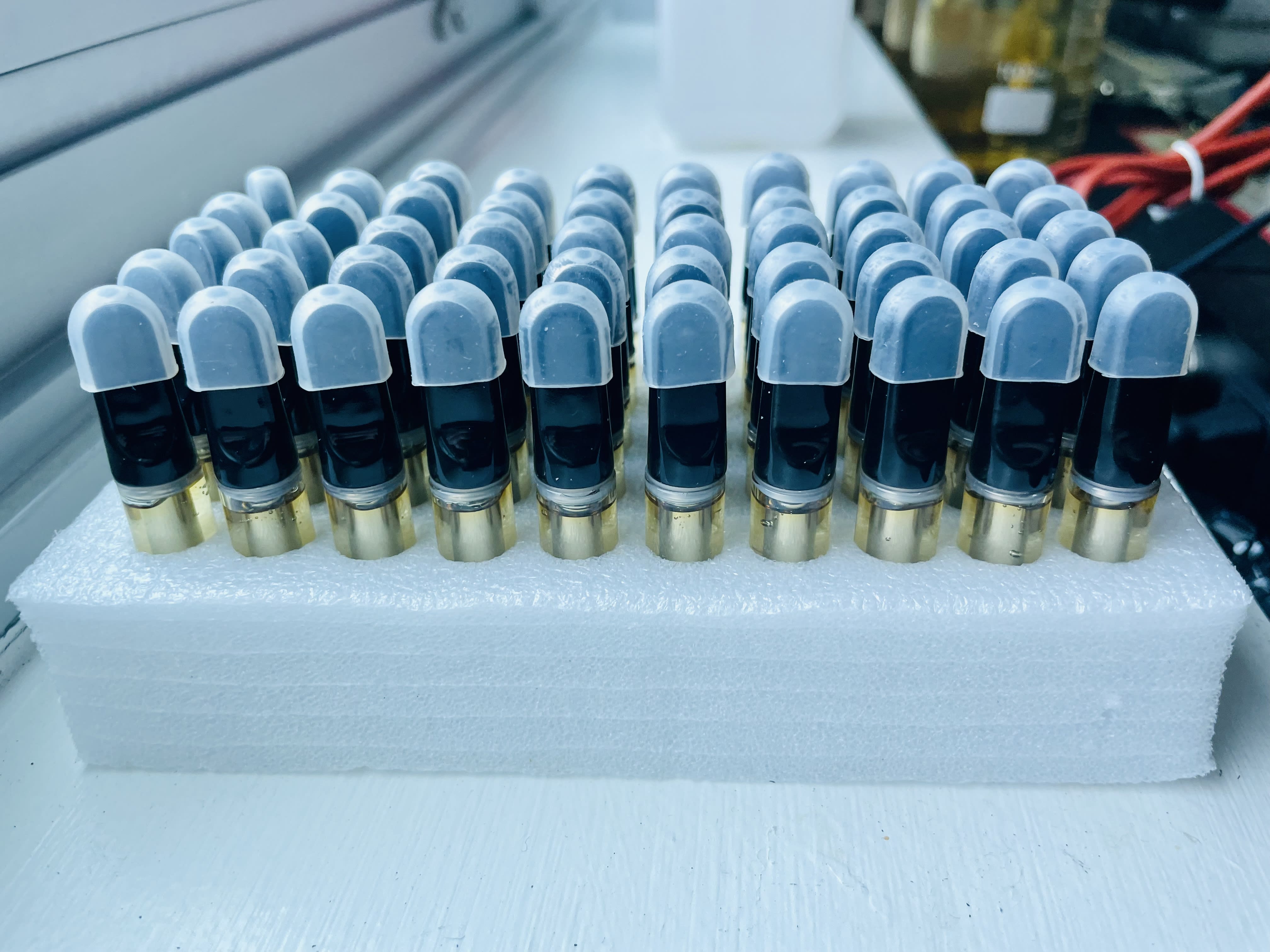